Woolly Spires is an exhibition at of knitted churches at the National Centre for Craft and Design in Sleaford, Lincolnshire. Several of Lincolnshire’s beautiful gothic churches in wool, mainly knitting, with some crochet, for example on the roof of Stow Minster, a little felt, and details in chain stitch and back stitch. The exhibition runs until the 22nd April 2019.

Most knitters know that with a bit of planning you can go a long way with squares and rectangles, especially if you are prepared to use a needle and thread to get some form in there. And stuffing helps make an illusion too. Any knitter who has tried to branch out into toys and sculpture will have found that sometimes that is not enough.

Knitting by its nature is floppy and stretchy, which normally is a good thing, because it is just what we need when we make clothes. Once stuffing comes into the equation, the stretch can get out of hand, and the shape can start to distort the fabric. The way round this is some sort of framework to give support. Sometimes a stuffed fabric shape does the trick. Just a basic easy to sew fabric base can give a really good anchor for needle sculpting.

In some of these models, this has been well understood. Unfortunately, in others, it has not, resulting in sloping walls and bulging windows. And some of the architectural details lurch at alarming angles that would never have been tolerated in the originals. Some key features have not been sewn on straight, and the porch of Sleaford looks as though it has been made from melting ice cream.

One of the best is Louth, which is nicely balanced, nicely stretched on its frame, and quite rightly occupies a prominent position in the gift shop and tea room. The pinnacles are beautifully done, and as upright and parallel as you can expect without a ridiculously heavy framework. And the west doorway shows just what you can achieve with ribbing and a cable needle. But even on this one, there is a loose end dangling.

Some of the models would benefit from a firmer fabric, knitted on smaller needles, so the support doesn’t show through. alternatively, the framework of … should have been made from a less intrusive colour.

Architectural knitting is harder than it looks, as I found when I knitted a castle for my City and Guilds knitting course. There is some lovely stuff in this exhibition, but I kept hearing the voice of my junior school head “Yes dear, it is good work, spoilt by carelessness. Slow down!”

Here is my favourite, Louth: 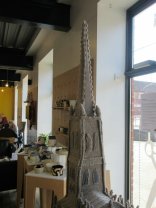 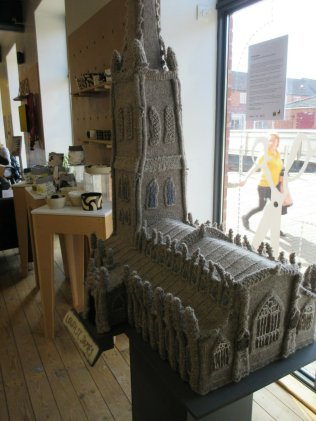 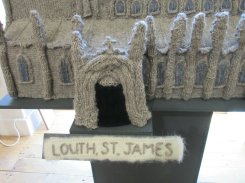 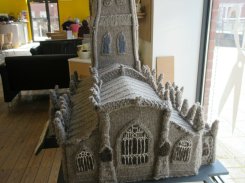 Grantham has some clever embroidered windows, showing what can be done with a few simple stitches: 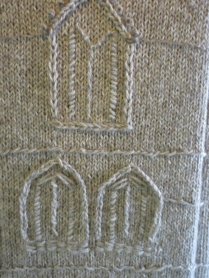 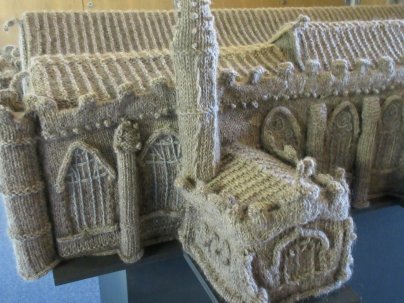 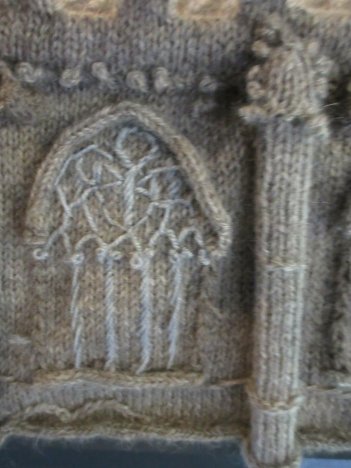 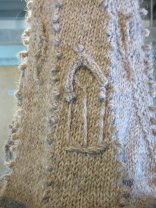 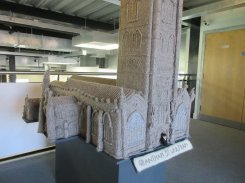 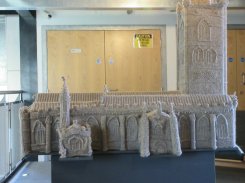 Spalding has been given some stained glass and gargoyles: 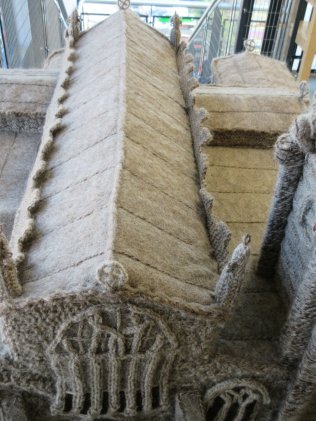 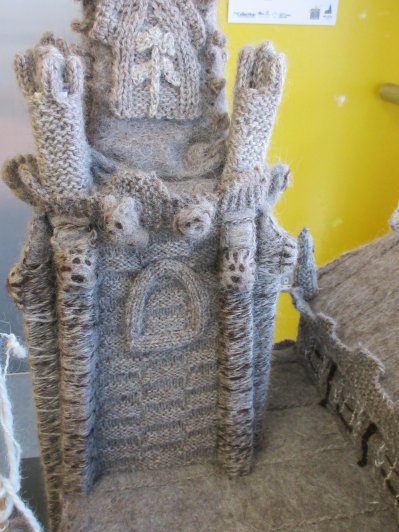 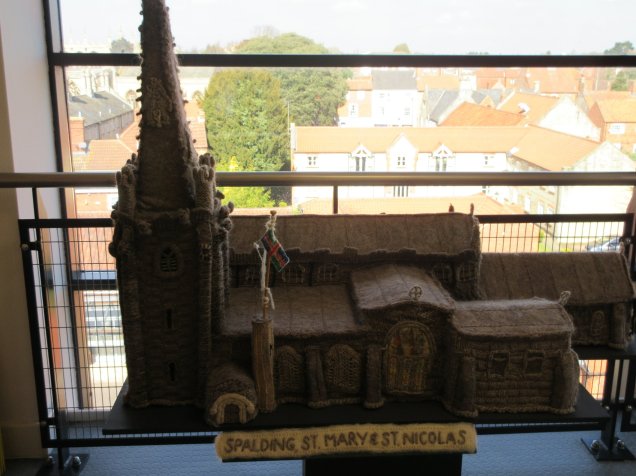 Stow Minster is a plainer, earlier construction in Anglo-Saxon times:

In this collage, you can get an idea of the accuracy of the model, as it includes a picture of the real Sleaford church taken out of the window of the Centre. 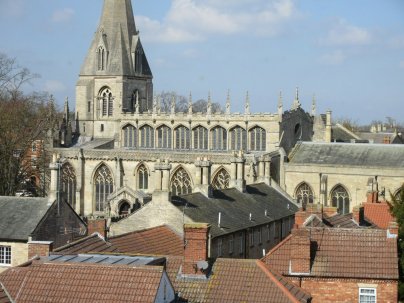 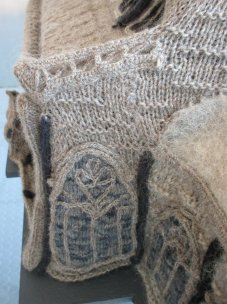 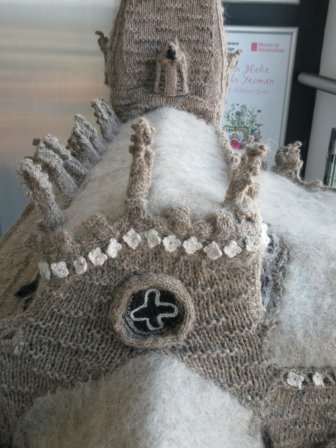 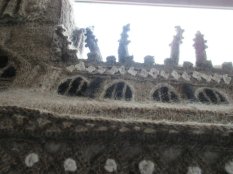 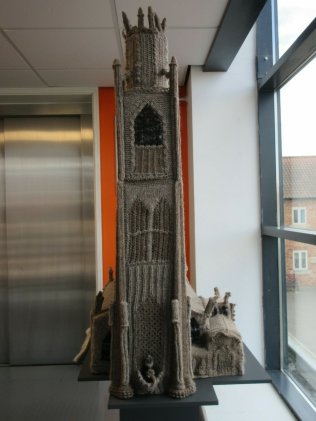 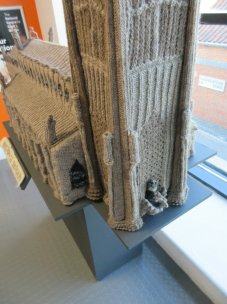 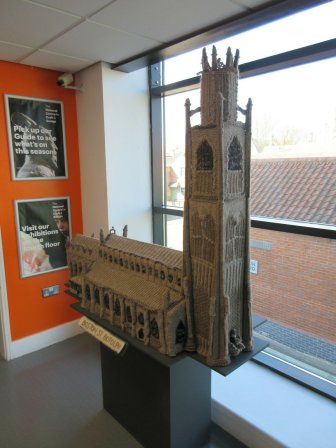 I am a freelance editor and proofreader, working with a wide range of clients from large companies to individuals. I can help you to communicate clearly by carrying out a final check, or by suggesting ideas get your message over. I also have a sideline in textiles, as The Rainbow Angel.
View all posts by The Proof Angel →
This entry was posted in Textiles and tagged hand knitting, knitted architecture, knitted models, textile art. Bookmark the permalink.